Yesterday was a grand day for Icelandic film history. I’m still smiling.  An Icelandic feature won the ‘Certain Regard’ prize at the Cannes Film Festival. It’s the first time an Icelandic feature gets this prestigious award. The movie is called Rams and it’s director Grimur Hákonarson’s portrayal of the relationship between farmers and their animals in a remote Icelandic valley. I mentioned it in my first entry. The result was not that surprising, after all Rams had gotten great reviews in the media;

The top prizes for the main selection will be awarded tonight during the closing ceremony at the Palais des Festivals in Cannes. Jury presidents, the Coen brothers, will announce the winners. The big question of the day is who will go home with the Palm d’Or! 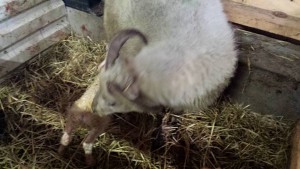